October 10th 2018 marked the 100th anniversary of the sinking of the Royal Mail Ship RMS Leinster by German submarine UB-123 near the Kish Bank just outside Dublin Bay, with the tragic loss of 569 passengers and crew, while en route from Dún Laoghaire Harbour to Holyhead.

This was the largest ever loss of life, at over 800 casualties in the Irish Sea which occurred 12.25 nautical miles (22.7 kms) from the Museum, just one month before World War One ended.

Many civilians, Post Office workers, crew and military of six nationalities died when the outbound Kingstown to Holyhead Royal Mail Ship was torpedoed by German submarine UB-123 on 10th October 1918.

It stands as the largest loss of life in the Irish Sea. Also all 36 crewmen on board UB-123 were subsequently lost when they hit a mine off the Scottish coast, on their return journey to Germany.

On board was Gerald Palmer a 15yr old who had grown up in Sunbeam House and was on his way to stay at Dr Barnardos in the UK.

At the recent commemoration Mr John Giles, secretary of the Trust , threw a wreath with Geralds photo on it in the sea, and he was remembered . 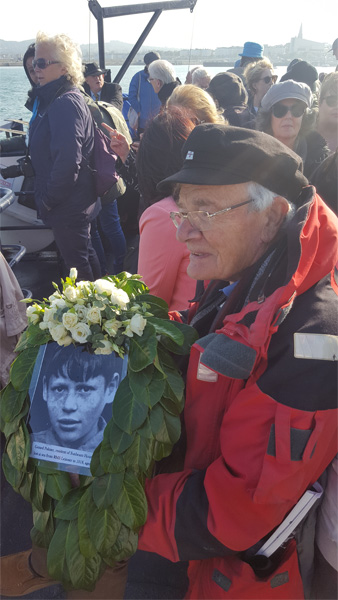 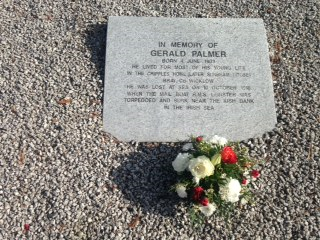